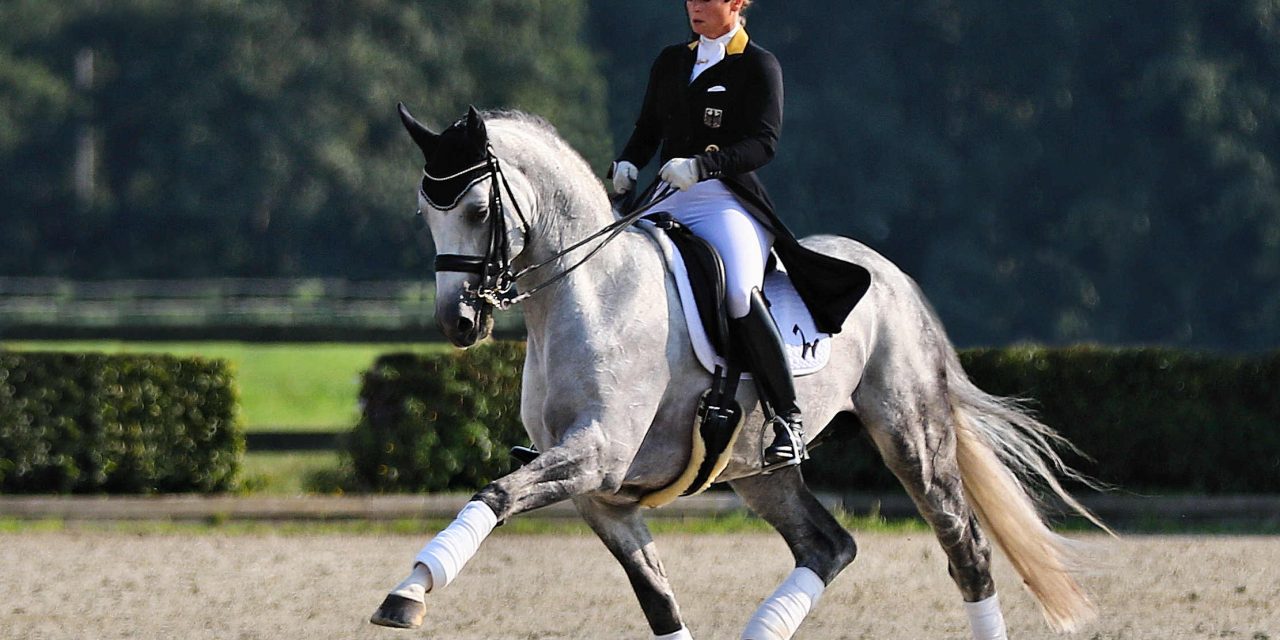 If you were looking for a good epithet to describe this year’s EQUITANA Stallion Show – HENGSTE – you would be hard-pushed to find a better one than “top stallions in top hands”. The German State Studs will be presenting their star progenitors in the main arena at EQUITANA on 19th March, together with some of the leading dressage riders in the country. The show will feature DSP Belantis under Isabell Werth, Imperio TSF under Hubertus Schmidt, Ben Kingsley under Helen Langehanenberg and Illuminati S under Fabienne Lütkemeier. A unique opportunity to see a rich and varied stallion parade before the breeding season gets underway in earnest.

As Axel Brockmann, Stable Master of Germany’s largest State Stud, Celle, once proudly declared in conversation with former German Chancellor Gerhard Schröder, “The Principal and State Studs are the ‘family silver’ of German equestrian culture, enjoying a formidable reputation internationally and making an indispensable contribution to riding tournaments the world over”. They help maintain the genetic diversity for breeding modern sport horses. As Astrid von Velsen-Zerweck, head of the Principal and State Stud Marbach, reiterates, “The State Studs are no museum. Rather, they provide a living cultural heritage for future generations, preventing lines from becoming extinct. It is up to us to preserve those blood lines that private breeders cannot afford to maintain for economic reasons”.

At Pavo HENGSTE 2017, the German State Studs will be opening their treasure chests to reveal what gems they have hidden away, featuring everything from carthorses, part of Europe’s living cultural heritage, riding ponies, purebred Arabs through to the modern warmblood sport horse. Sixty top stallions, ranging from young, up-and-coming stars to foundation sires, will be there, appearing in different numbers throughout the evening in the main arena at EQUITANA. See champion dressage horses and show jumpers, successful father and son partnerships, whole family clans, demonstrating the rich variety of the worlds of dressage and sport, coming together in an integrated quadrille as a big finale. Pavo HENGSTE 2017 demonstrates just how fruitful the successful collaboration between State Studs and top equestrian stars can be.

Olympic glory in the main arena at EQUITANA

Without doubt, one of the leading stars appearing in the main arena will be Olympian Imperio TSF, Trakehner of the year, 2016. This 13-year-old dressage star from the Bavarian Principal and State Stud Schwaiganger has been in the hands of riding master Hubertus Schmidt since 2010. Horse and rider went to the Olympic Games in Rio as reserves. In July they won the CDI Grand Prix 4* dressage tournament in Aachen. Imperio is also a successful sire with several licensed sons, one of whom, Illuminati S, is also in Hubertus Schmidt’s hands and will be appearing on 19th March with Fabienne Lütkemeier in the saddle.

Two further stars appearing at EQUITANA are DSP Belantis and Isabell Werth. The premium stallion, originally from the Brandenburg Prinicipal and State Stud Neustadt/Dosse, was Bundeschampion in 2014 and Vice World Champion in 2015. By Benetton Dream, the career of this horse with his striking movements began as early as 2011 when he became the undisputed South German Licensing Champion in Neustadt/Dosse. The dapple has been at Isabell Werth’s yard since 2013.

Belantis’s sire, Benetton Dream, internationally highly successful at advanced dressage level, is one of the most successful dressage progenitors in the German Equestrian Association’s Breeding Value Index. Benetton Dream will also be represented at HENGSTE 2017 by another of his sons, Ben Kingsley. The dark chestnut sire, stationed at Jens Meyer’s yard in Dorum and from the Hessian State Stud Dillenburg will be under Helen Langehanenberg in Essen.

Mention of the State Stud Celle immediately calls to mind the very latest modern progenitors who stand there. Celle’s sires include the two winners of the stallion performance tests in 2016: Emilio Sánchez, a horse with unusually powerful movements, by the successful grand prix horse Estobar NRW, as well as being trained in dressage right from the very beginning by Hubertus Schmidt; and Bilbao PJ, a dream show-jumper.

Two further successful State Studs are Redefin and Zweibrücken. Making the journey to Essen from Zweibrücken will be Le Noir, with whom Uta Gräf enjoyed considerable success. The black Holsteiner stallion will be performing on long reins at the show.

The State Stud in Warendorf will be dispatching Capistrano, by Cornet Obolensky, one of the best show jumping progenitors in North Rhine-Westphalia, to Essen. Capistrano will be sharing the arena with, among others, First Selection, by First Final, who will be representing North Rhine-Westphalia’s horse breeders at EQUITANA 2017 alongside his own son Flash Dance.

Preserving the tradition of driving

As well as promoting dressage and show jumping, the State Studs also keep alive the driving tradition. A special breed in this context, and one that is now available in significant numbers again, is the Heavy Warmblood which has been bred in Saxony and Thuringia for around 130 years. The State Stud Moritzburg will be represented in Essen by Valenzio,winner of the World Driving Championships for Young Horses in 2016. Westphalia will be sending the Warendorf sire Baldressarini, Vice Bundeschampion for four- and five-year old driving horses in 2016, to the show.

While the German State Studs are absolutely vital for maintaining sport horse breeding, they are also just as important when it comes to training the Pferdewirte who look after the horses. After all, we are talking about the largest vocational training operations in the country. The apprentices will be demonstrating just what they can do in a joint quadrille featuring draught horses.

Make sure you get a ticket

This is the seventh time that both up-and-coming stars and established sires have featured in the Stallion Show Pavo HENGSTE 2017. In view of the popularity of the event in the past, it is advisable to book your tickets well in advance. Tickets for HENGSTE 2017 are available from 19 euros (concessions from 15 euros) from the EQUITANA ticket office. Additional information is available from www.equitana.com.

About Pavo HENGSTE 2017, the Stallion Show 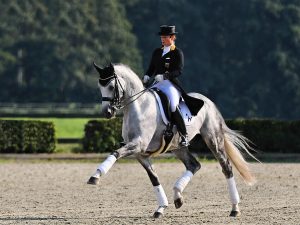 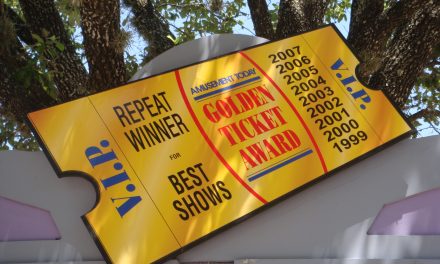 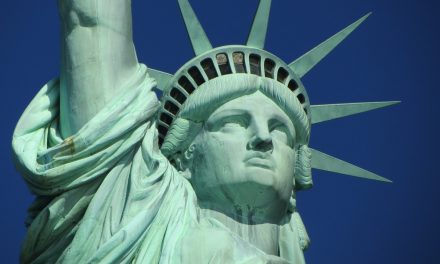 NY NOW LIT UP #NYC WITH THE HOTTEST TRENDS FOR HOME, LIFESTYLE AND GIFT #NY #NOW 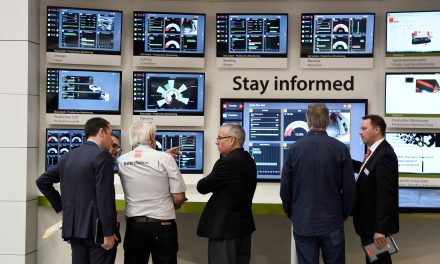 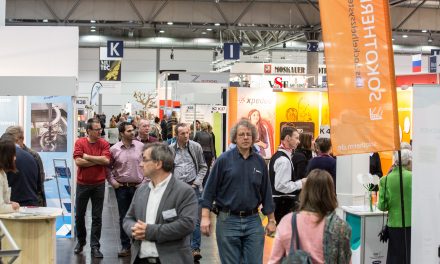 All Expectations Exceeded for MUTEC and denkmal